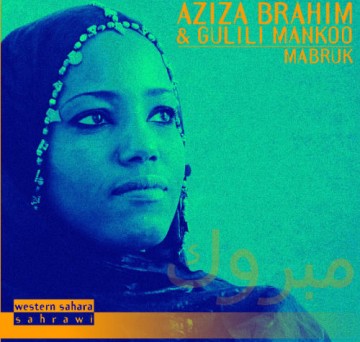 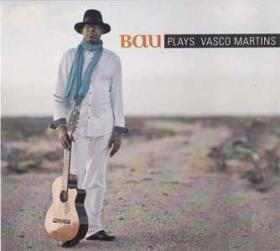 Glimpse of Kutchi Music
Kutchi is located in the far west of India and is inhabited by the Sindi, a people from Pakistan that has also settled on the mainland of India, Persia, Africa, central Asia and Europe. This album contains many different genres from the traditional Kutchi folk music, that is still played with much passion in their community.
CD: Glimpse of Kutchi Music.
Label: De Kulture Music (2012), code: DMK-005-A.
Aziza Brahim & Gulili Mankoo
Aziza Brahim is a militant Saharawi singer who is very sympathetic towards the fate of the inhabitants of the Western Sahara. They have been fighting for independence since the area came under Moroccan rule in 1975. Aziza Brahim, accompanied by Gulili Mankoo, uses western rhythms with rock as a solid base. The drums and electric guitar keep the music on course.
CD: Mabruk van Aziza Brahim & Gulili Mankoo.
Label: Reaktion (2011), code: RE24.
Bau Plays Vasco Martins
Bau is not only a talented guitarist, but he also plays the violin and the cavaquinho (a 4-snared instrument that looks like a ukelele). Bau has zeven albums to his name. For this new project, he worked together with Vasco Martins, a composer, pianist and poet from Cape Verde.
CD: Bau Plays Vasco Martins.
Label: Lusafrica (2012), code: 024172.