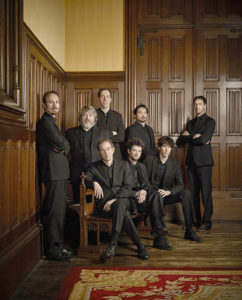 This Christmas concert is about two memorable events, with a strong Brabants and especially Bosch character: the 700 years anniversary of the Illustre Lieve Vrouwe Broederschap from 1318 and the 90th birthday of Maurice Pirenne (1928 – 2008).

The Broederschap, started in 1318, often honoured Maria in the vespers and celebrations. There are works by Pipelaere, choirmaster of the Sint Jan in 1499, just like Pirenne 500 years later. Also works that Clemens non Papa wrote for the Broederschap, in addition works by Jacob Obrecht, who worked for years in Bergen op Zoom. Maurice Pirenne, priest, composer and organist is honoured by the performance of a number of choral and organ works.

Cappella Pratensis led by Stratton Bull, with the Flanders Boys Choir and organist Véronique van den Engh. Recordings were made on Saturday 15th December 2018 at the Grote Kerk ‘s-Hertogenbosch.