Stories in the Igbo language in Nigeria

In this programme, we will be listening to two educational stories of Gentleman Mike Ejeagha, a singer and storyteller, who expresses himself in the Igbo language. He was bron in 1932 and was known in the 60’s, 70’s and 80’s. Mike Ejeagha conducted extensive field research on the folkore of Igbo-speaking people.

It tells of a cheap farmer who didn’t want to get married, but at one point fell on some hard times when his crops failed and his home burned down. He became bitter and wanted to commit suicide. Eventually, he ventured into the forest and lived for a tree for two years. Going to the forest is for Africans the same as going to hell. Only disgusting things are dumped there. In the forest, the farmer meets a handicapped man who enjoys the little he has, because it’s what God has given him. The farmer changes his mind and returns to the village, where he in the end become chief. His new name is: “If it wasn’t for the mamed.” 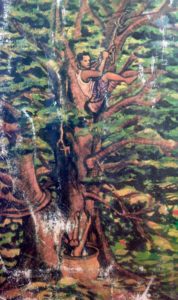 The second story is called “Elubelube Lube”. It tells of the power of the tongue. The bad word has scarred it forever.

This stories were released on record in 1985 in Nigeria by Polydor Records. The record is very rare. You may unavoidably hear some ticking or creaking.

We end with the International Show Promotor Memorial Band, who sing in Igbo. 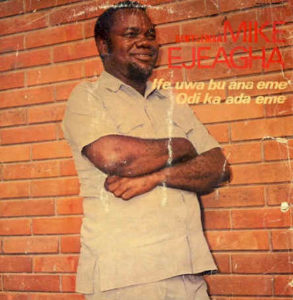 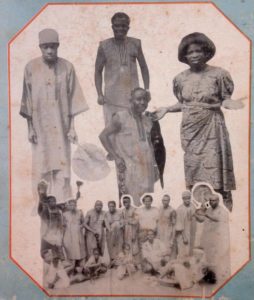