With Ottoman / Turkish music from the Seyir Trio, and music from Transglobal Underground from London. 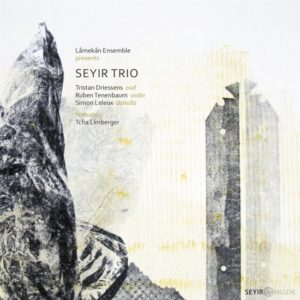 1- Seyir Muzik of the Seyir Trio.

The Seyir Trio is actually a kind of division, or part of that ‘Lâmekân Ensemble’. Tristan Driessens plays the oriental oed, the French Ruben Tenenbaum plays Ottoman violin. Simon Leleux, the percussionist. As a guest, the Tcha Limberger plays in the second suite on double bass and violin. The album is recorded live in a Belgian church, and although the compositions sound like traditional Ottoman or Turkish music, part of it is composed by Driessens, Tenenbaum and Leleux. It is subdued music, where you have to sit down quietly. CD. Seyir Muzik – Seyir Trio. Label: Lâmekân Ensemble presents: Distribution Xango Music. VIDEO 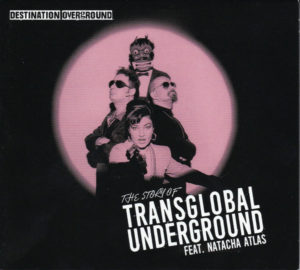 Destination Overground is a compilation with original tracks from Natacha Atlas. Since its inception in the 90s, Transglobal Underground has been mixing styles and influences from around the world. A world they have always seen from their London base. But when we listen to the album, we travel through all continents. Based on house, hip hop and Arabic, Asian or African sounds. CD. Destination Overground – Transglobal Underground. Label: Mule Satellite Records, Code: MULE13 (2017). Distribution: Xango Music. VIDEO