Singer, poet and freedom thinker Walid Ben Selim was born in the Moroccan capital Casablanca where he was active in the local hip-hop scene for a long time. Today he lives in France and he is the frontman of the successful band N3rdistan. With this band he sings and raps his own lyrics and poetry of famous Arabic poets. Around lyrics with a timeless message of freedom he creates a unique musical universe which connects East with West. 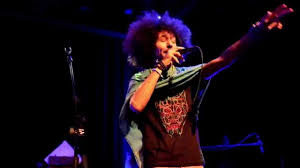 Jaber Fayad played the Ud since he was very young. He studied Azerbaijani music with Askar Ali Akbar, Arabian music with Isam Rafei and Turkish music with Ayman Aljesri. He studied at the Conservatory in Damascus, Syria. 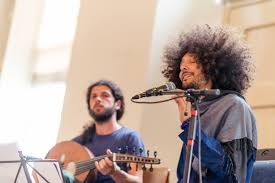 Last year, Walid Ben Selim performed during the Cultural Sunday “Utrecht Centraal” in Utrecht in the TivoliVredenburg, but he was also on the stage of de Concertzender, where he left a lasting impression with his beautiful voice.

He has a close cooperation with musicians of the Utrecht Kytopia-collective. In November 2017 he visited the Netherlands again for the festival Arabic Poetry meets Kytopia II.