With music from the South African female vocal group Afrika Mamas and the Guinean Amara Touré. 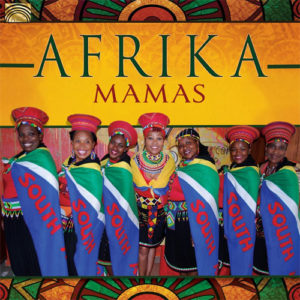 1-
The Afrika Mamas pay an ode to the singer who gave South Africa hope. As Nelson Mandela is called the father of Africa, Miriam Makeba is ‘Mama Africa’. With music, song and inspiring stories, they talk about Makeba’s struggle against apartheid, for which she was banned from her homeland for 30 years. To the rhythm of her hits like Pata Pata, Malaika and the Clicksong, the Afrika Mamas bring the strength and courage of their figurehead to life. CD. Africa Mamas. Label: Arc Music (2016), code: EUCD 2630. VIDEO

2-
Amara Touré, an enigmatic Afro-Cuban musician from Guinea-Conakry. It only took him 10 numbers to become a legend. Amara Touré started in 1958 with ‘Le Star Band de Dakar’ on a fast advance to the top. The band soon became Dakar’s number one orchestra, and it enhanced the reputation of the ‘Miami nightclub’ as the hottest place in the country. In 1968 he, accompanied by a few talented Senegalese musicians, left for Cameroon and formed the ‘Black and White ensemble’ there. These singles embody the essence of what Amara Touré had learned during his career. His Guinean roots mixed with the Senegalese sound, and that is the perfect basis for his Cuban interpretations. CD. Singles collection 1973-1976 – Amara Touré. Label: Analog Africa (2015), code: AACD 078. VIDEO