Highlife  music from Ghana, selected by Kees Schuil from his collection of African LPs.

Hedzoleh Soundz is one of the many bands formally owned by percussionist Faisal Helwani. Helwani was born in Sekondi, Ghana to Lebanese parents. 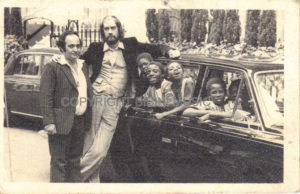 He has contributed a lot to Ghanaian music. The band was based in Accra. The word ‘Hedzoleh’ means freedom in the Ga language (a Ghanaian language spoken in Accra). This band plays a mixture of Western music and traditional Ghanaian music with African Drums.

In 1957, Peter Kwabena Yamoah founded Yamoah’s Band in Accra. The main instrument in this band is the guitar. Such bands are called “guitar bands” in Ghana. P.K. Yamoah was born in 1928. He died in 2014 at 86 years old. He started a choir at 13 years old and became leader of the school band. Later in life he, besides being band leader, also becomes a representative for Guinness Stout Brewery. When the brewery decides to relocate to Kumasi 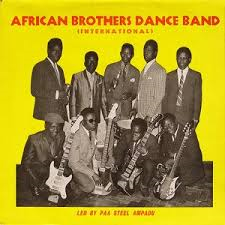 , Yamoah has to come with and so he decides to move Yamoah’s Guitar Band to Kumasi.

Kwame Paa Steel Ampadu meets Yamoah when he is 15 years old, when Yamoah decides to take him into his band because of his high voice. However, when the band leaves for Kumasi, Kwame Ampadu’s family does not allow him to go to the “dangerous” Kumasi. In 1963, when he was 18, he founded the African Brothers Band with Eddie Donkor. At the time, this amateur band only played at weddings and funerals. In 1966 their first recording is made and released on a single that is an instant success. After releasing 56 45-rpm records, they release their first LP in 1969.

Nana Kwame Ampadu I, as he later calls himself, comes from Obo Kwahu in Central region, where he was born on March 31, 1945. Obo Kwahu is a town on the Kwahu plateau in Central Ghana, where many highlife musicians come from. 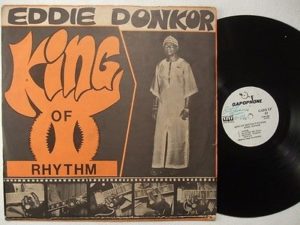 They have often built large houses there, which they do not live in and only come to for festive occasions.

Eddie Donkor is co-founder and assistant leader of the African Brothers Band. He’s also their rhythm guitarist and background singer. He’s also known as the ‘Super King of Rhythm Power’.

Smart Nkansah joined Yamoah’s Guitar Band in 1972. Just like Nana Ampadu, Smart Nkansah has written many songs. He had problems with his family, who disowned him because he pursued a music career. Together with A.B. Crentsil, he’s leader of the band Sweet Talks, until he decides to leave and form the Sunsum Band.

The band Sweet Talks was not originally called that, but was the official band of a glass factory in Ghana. 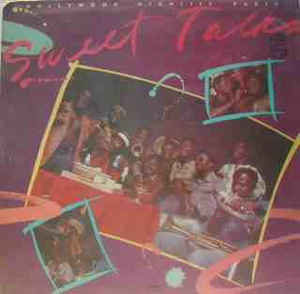 They only started calling themselves ‘Sweet Talks’ later. The band is led by Alfred Benjamin Crentsil Jr. and Smart Nkansah. A.B. Crentsil was born in 1943. He has released several very popular LPs. Nevertheless, the band is dissolved in 1978.

Ghanaian bands usually play their music in Highlife rhythm. Some bands also play songs in more traditional rhythms, such as Adowa, a traditional dance from the Akan peoples of Ghana. A graceful dance, in which the dancers communicate their feelings through hand and foot movements.

The language in which most Ghanaian Highlife is sung is Twi. But occasionally some Highlife bands also sing songs in Ewe, the language spoken in Southeast Ghana, South Togo and South West Bénin. That’s how E.T. Mensah & his Tempos Band the song Tutu Gbɔvi in Ewe. This is actually a well-known lullaby of the Ewes from Ghana and Togo. Via Tutu gbɔvi  you can find the text in Ewe with translation in English.

The leader of this band, Emmanuel Tettey Mensah, better known as E. T. Mensah, was born in Accra on May 31, 1919 and died on July 19, 1996. He is considered the “King of Highlife”. At the young age of 12 he learns to play the flute in the school band and a year later he plays the flute and piccolo in a band of school children, the “Accra Orchestra”. That’s where he also learns how to play the alto saxophone and later the organ and trumpet. In 1947 he started playing with the “Tempos Band”, of which he soon became the leader.

Another band that sometimes sings in Ewe is Kakaiku’s Guitar Band, founded in 1954 by Moses Kwaku Oppong. 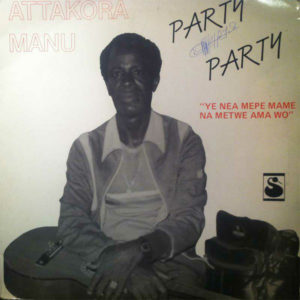 Oppong was born on October 2, 1946 in Oboso in the Western Region. At school he already plays guitar very well at parties and funerals which earns him the nickname Kai-Ku. Later he decides to give that name to his band.

In 1967 Kakaiku founded the band Kakaiku No.2, together with composer and guitarist Attakora Manu. The latter left this band again in 1970, after which he worked as a sound engineer for some time. Manu was born in 1940, in Toase in Ashanti Region and died in the same place at the age of 78. He has released many albums. 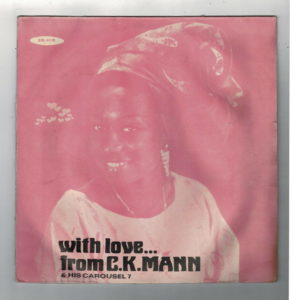 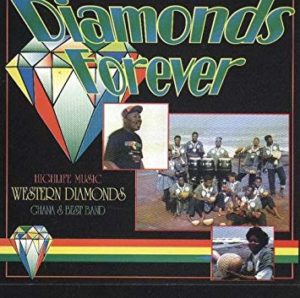