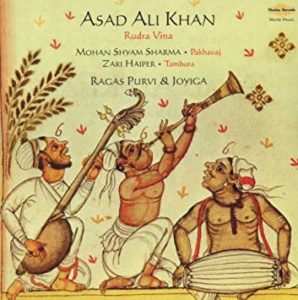 An old and traditional raga that has its origins in the eastern part of India. PURVI is a raga for the time of sunset.
– Asad Ali Khan on rundra veena,
– Mohan Shyam Sharma on pakhavaj,
– Zaki Haiper on tampoera. 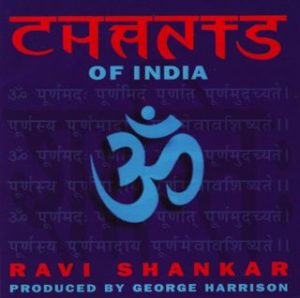 The Indian songs in Sanskrit played by Ravi Shankar put a number of Sanskrit mantra’s and couplets back to music and composed four of their own songs in a matching style. The result is an album full of hypnotic religious songs, calming and inspiring at the same time.
The CD is produced by George Harrison.
Cd. Chants of India. Label: Angel (1997), code: 8559482. Tracks 1, 2, 3 & 5  |  14’02  |  VIDEO