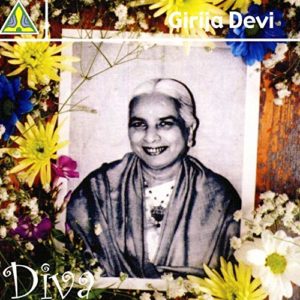 1- RAAG JOG.
A recent raga that has only become popular in recent decades and is meant for the late night. With singer Girija Devi’s accompanied by: Sandeep Das: tabla | Manuel Mishra: harmonium & Santosh Mishra on sarangi. Raag Jog, is a stunning piece. Girija Devi sings different rhythmic and mood patterns, most pieces are rhythmic of medium speed, in “tin language” or “ektaal”, and they are all improvisations in which many forms are used and mixed. It is no less than breathtaking and at best it is awesome.
Raag Jog is part of the CD Diva, recorded live -in 2001- during the “Saptak” Music Festival in Ahmedabad, India.
Cd. Diva – Girija Devi. Label: Sense World Music (2002), code: 0801786700425. 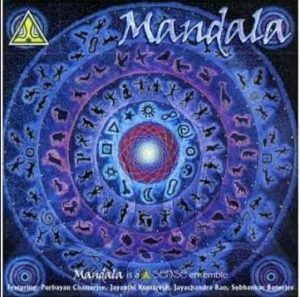 2- RAAG KARAHARAPRIYA.
Performed by: Purbayan Chatterjee, Jayanthi Kumaresh, Jayachandra Rao & Subhankar Banerjee. A raga in carnatic music. Kharaharapriya has a clear melody and brings out the “Karuna rasam”, which evokes “pathos” in the listeners. “Pathos” is one of the three means of persuasion in Aristotle’s philosophical teaching “Ars Retorica.” The “pathos” tests the emotions of the audience. The emotional function can be achieved in different ways: By image, portrayal or story.
Cd. Mandala. Purbayan Chatterjee, Jayanthi Kumaresh, Jayachandra Rao & Subhankar Banerjee. Label: Sense World Music (2008), code: 100.

Production: Cobie Ivens
Special thanks to: