In today’s episode of Mariama you can listen to music from the People’s Republic of Benin, formerly known as the Republic of Dahomey. Kees Schuil compiled today’s music from his selection of African albums, which includes the T.P. Orchestre Poly-Rythmo de Cotonou.

Although band members have changed along the way, five of the original band members still played in the orchestra very recently. They play various styles, ranging from afrofunk to afrolatin, soukous and  songs that are based on traditional rhythms. The songs are sung in either French or in one of the native languages of Benin, the Fon tongue. However, sometimes they also sing in another native tongue called Mina. That’s the Ewe language, spoken in the south of Togo and the western part of Benin. It is also the lingua franca of Togo. 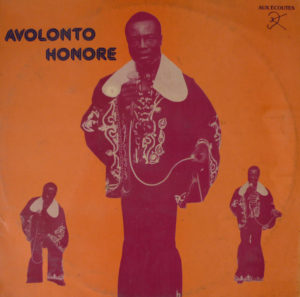 Honoré Avolonto was one of the singers of Poly-Rythmo. In 1982, he released the album “Agbénon hévi”, which means “a living bird”. On the Internet, people disagree whether Avolonto is accompanied by Poly-Rhythmo or his own band on this album. Honoré Avolonto and several other band members of Poly-Rythmo also played in Black Santiago. This band released a single in the Twi language, featuring the unknown Ghanaian singer Sicko Appiah. The title of that single was “Akpakpa police”.

Bands from Benin often play music that is based on traditional rhythms like the “agbadja”. This rhythm is also the basis of a very popular dance of both the Fon people and of the Ewe that live near the coast in the south parts of Benin, Togo and East Ghana.

The song “Azanlokpé” of Orchestre Poly-Rythmo, also based on the
agbadja rhythm, was composed by Mélomé Clément, bandleader of
Poly-Rythmo since its formation. He died of a heart attack on 17
December 2012.

The Poly-Rhytmo orchestra originates from Benin’s capital, Cotonou. But several bands come from Porto-Novo, the economic capital in the south east of Benin. In this entire south eastern region along the border of Nigera, the Yorouba tongue is spoken by the Anago people. One of the orchestras from Porto-Novo is Les Volcans du Bénin and is led by Janvier Lemed. Originally, this orchestra was called the Orchestre National de la Gendarmerie (The National Police Orchestra). 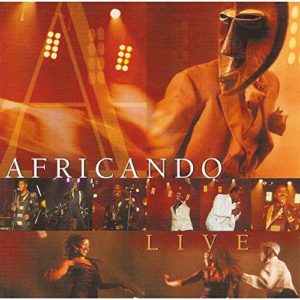 in many languages: Spanish, French and in the Fon, Yorouba, Mina and Adja tongue. They also performed in Rasa in Utrecht. From 1995 up to his death in 2004 at the age of 61, Gnonnas Pedro was the leadsinger of the band Africando. 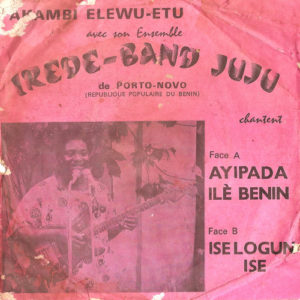 The Anago people from the eastern part of Benin play typical Yorouba music. Akambi Eletu-Etu and his Irede-Band Juju from Porto-Novo play music in the jùjú style. 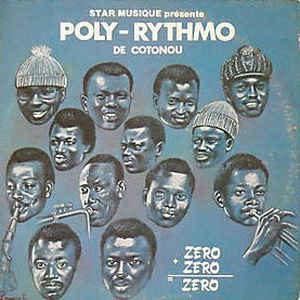 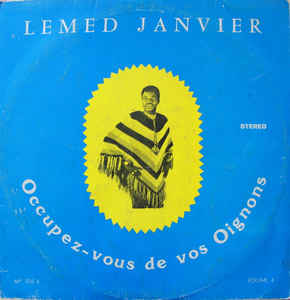 We thank Barbera Schuil for lending us her African albums.