There are some musicians we lose sight of, even though they might have played a crucial role in a certain time period. Take Michael Softley, a British singer-songwriter who was one of the figureheads of psychedelic folk rock between the late sixties and the mid-seventies of the previous century. He produced one of his first recordings with contemporary and compatriot Donovan Leitch.

Michael Softley never reached the status of Donovan, even though it was him that taught Donovan the guitar technique that made him famous. Softley did not agree with the capitalism that ruled the music industry. He often said he didn’t like ‘other people making money of my work’. He was also annoyed by the content and quality of many of his colleagues’ songs. He himself made a point of using irony to call out civil and social injustice, while other musicians scored hits with cheesy love songs and songs about self-pity.

In the seventies Softley released two more albums, Sunrise, Street singer and Any Mother Doesn’t Grumble,  bringing the total up to three, after which he seems to have lost inspiration. Softley was averse to luxury and for a while lived a wandering life in his van, in communes and staying with friends. In the mid-eighties he was expelled from an estate during a clean-up operation. Softley decided to move to Ireland, where he lived a reclusive existence. He seldom performed and when he did only for free, for friends and people who could appreciate his songs. He studied Einstein and wrote books and poetry. Social contacts were sparse and only when strictly necessary. The hippie, the moderate recalcitrant, the critic remained. But hardly anyone knew who he was… 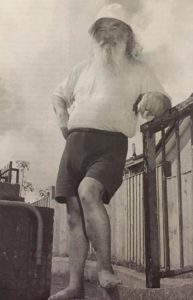