With music from Brazil, Mali, Iran, Belgium, The United States of America and Argentina. 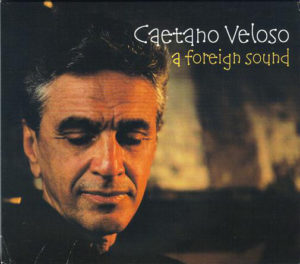 1- Caetano Veloso.
Veloso is an important innovator of Brazilian music and a gifted lyricist. The singer-songwriter was at the cradle of tropicalismo in the 1960s, together with Gilberto Gil, among others. The music of this artist movement in particular has left a lasting mark: a mix of Brazilian and African rhythms with elements from Western pop music, such as electric guitars. Because of his socially critical lyrics, Veloso got into trouble with the authorities, after which he fled to London where he stayed between 1968 and 1972. He has released dozens of albums and has won multiple Grammy Awards. He is still looking for innovation: fado, tango, hip hop, reggae, samba or grunge; name a music style and he uses it in his music. CD. A foreign sound –  Caetano Veloso. Label: Universal (2004), code: 9817733 | VIDEO 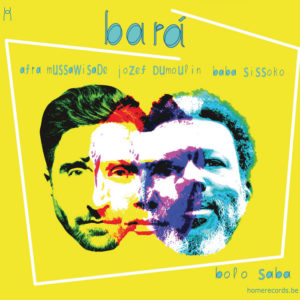 2- Bará.
The musicians of Bará, Baba Sissoko (Mali), Afra Mussawisade (Iran) and Jozef Dumoulin (Belgium) are nomads on our planet. The West African influences are most striking at the beginning of the CD: Baba’s distinctive voice and the repetitive and hypnotic local structure, typical of music from Mali. Bará’s music reflects the everyday realities of life in modern cities, with forays into jazz, fusion, jazz-rock, ambient and other styles. All influences are effortlessly merged into one sound. CD. Bolo Saba – Bará. Label: Home Records.be (2020), code: HR4446237 | VIDEO 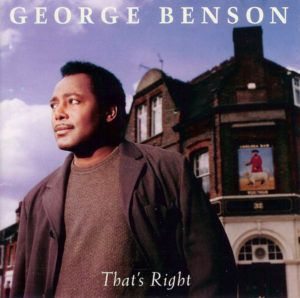 3-George Benson.
Guitarist / singer George Benson has made his mark in jazz and soul. Atmosphere and style characterize his guitar playing and singing. This is also the case on his CD That’s Right, which contains a lot of vocal work in addition to jazzy guitar playing. Ricky Peterson (keyboards and organ) and Ralph MacDonald (congas) contributed to this album. CD. That’s right – George Benson. Label: Universal  (1996), code :00011105982429 / GRP, code: 98242 | VIDEO

4- Djavan.
The Brazilian Djavan combines traditional South American rhythms with popular music from America, Europe and Africa. As a teenager he learned to play the acoustic guitar himself. At the age of eighteen he founded the band Luz, Som, Dimensão (LSD), which played in nightclubs, beaches and churches. In 1973 he moved to Rio de Janeiro and played and sang in nightclubs and music festivals. His first album was released in 1976. Djavan has released 20 more albums since then. CD. Esquinas – Djavan. Epic (19940, code: 4766772 | VIDEO

5- Atahualpa Yupanqui.
He was an Argentinian singer, singer-songwriter, guitarist and writer. He is considered one of the most important Argentine folk musicians of the 20th century. In 1949 he left for Europe, and was invited by Edith Piaf to perform in Paris in June of the same year. He returned to Argentina regularly, but these visits became rarer after the military dictatorship of Jorge Videla came to power in 1976. Atahualpa Yupanqui died in Nîmes, France in 1992 – he was 84 years old. CD. Mis 30 mejores canciones – Atahualpa Yupanqui. Label: Microfon (2018), code: 2-493688 | VIDEO