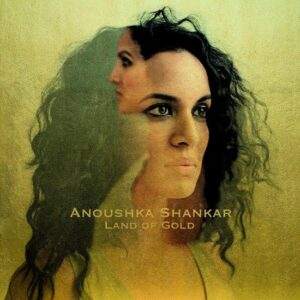 1-
Anoushka Shankar.
Her father Ravi Shankar was a Tamil Tiger in Sri Lanka but Anoushka grew up in London. There she listened to American hip-hop, English house and world music. With that mix in mind, Anoushka managed to brew an infectious multicultural mixture. She expresses her opinion in her lyrics as well as in the artwork of her albums.
CD. Land of gold – Anoushka Shankar. LABEL: Deutsche Grammophon (2016), code: 479 5459. VIDEO 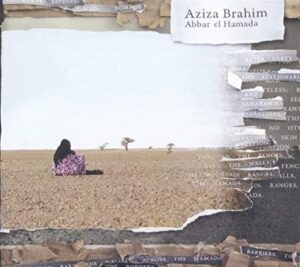 2- Aziza Brahim.
Exile is the main theme in Aziza Brahim’s work. The singer grew up in a refugee camp in Algeria after her hometown of Laayoune was occupied by the Moroccan army in 1975. Aziza Brahim belongs to the Sahrawi: a desert people who, like the Moroccans, lay a claim to Western Sahara. The music of the Sahrawi is reminiscent of that of the Tuareg.
CD. Abbar el Hamada – Aziza Brahim. LABEL: Glitterbeat Records (2016), code: GBCD 031. VIDEO