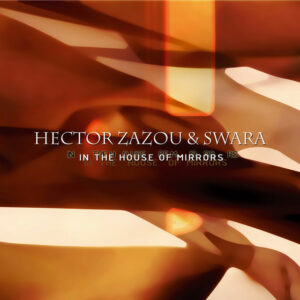 Hector Zazou was a French-Algerian composer and producer. Twenty-five years after laying the groundwork for afro-electronic fusion and many other groundbreaking albums, the ever-innovative Hector Zazou offers a fresh take on classical Asian music, in which the musicians’ inspired performances are enhanced through their interaction with subtle electronic treatments. . The music itself is sober, the musicians play subdued and minimalistic, they try to get their message across with a minimum of notes. The songs are steeped in tradition, but there is certainly a modern influence as well. The album was recorded in Mumbai with a core group of four musicians from India and Uzbekistan, and four guest players from Spain and Hungary.
A few weeks before the release of his 11th album, In the house of mirrors, Hector Zazou passed away at the age of 60.
CD. In the house of mirrors – Hector Zazou & Swara.
LABEL: Crammed Discs (2008), code: 5410377901315. VIDEO