Music from Iran and Persia by Ooldouz Pouri & Evlin Baghcheban. 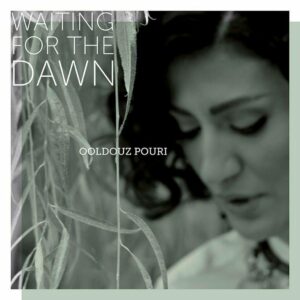 1- Ooldouz Pouri is an Iranian singer who learned the art of Persian song with Mahsa Vahdat as a teacher. She is accompanied by a team of Norwegian musicians and an Iranian percussionist. The repertoire of Ooldouz Pouri consists almost exclusively of songs from Azerbaijani Iran. The songs on the album Waiting for the Dawn and belong to the popular culture in Iran and Azerbaijan in the golden days of the fifties and sixties. The songs, mostly performed in Azeri, a language belonging to the Turkish language family, are about love and its many faces: sweet, salty and bitter. CD. Waiting for the Dawn – Ooldouz Pouri. LABEL: Kirkelig Kulturverksted (2019), code: FXCD 455. VIDEO 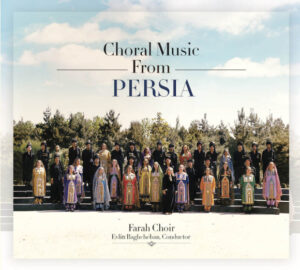 2- In 1973, the Empress of Persia, Farah Pahlavi, commissioned the choir director (and mezzo-soprano) Evlin Baghcheban to establish a music conservatory for orphans. In this school, Evlin organized a choral group called the Farah Choir. The group gave concerts all over Iran and left for Austria in 1978 to record an album, planning to release it in Tehran. However, the victory of the Islamic Revolution disrupted the plan, the choir was disbanded and the conductor went into exile. The master tapes of the recordings stayed in the house of Evlin Baghcheban for decades. Shortly after her death -in 2010- the tapes were transferred to the Netherlands, where they were restored and published by the Persian Dutch Network label.
CD. Choral music from Persia – Evlin Baghcheban, Farah Choir. LABEL: Persian Dutch Network (2018), code: PDN-1002. VIDEO