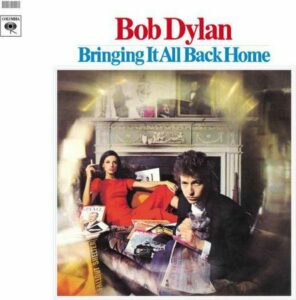 1-
Protest howls were Bob Dylan’s part as he began to bombard the world with his music. He was literally mocked at the Newport Folk Festival. At the same time, Bringing It All Back Home is one of those snapshots with which folk/rock music underwent a radical change in 1965. It also meant the big breakthrough for Bob Dylan. The album contains both the uplifting acoustic folk/rock like Maggie’s Farm, Subterranean Homesick Blues and the later Byrds hit Mr. Tambourine Man. CD. Bringing it all back home – Bob Dylan. LABEL: Columbia (1998), code: 5123532. VIDEO 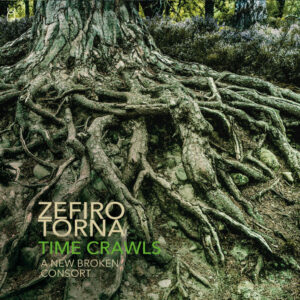 2-
Zefiro Torna. The ensemble takes us to a timeless universe with a reinterpretation of 17th century ‘broken consort’ music. The melodies have been adapted for flute, violin, viola da gamba, violone, harp and lute. The newly written music bears traces of baroque music and traditional music from all over Europe. At times melancholic, at other times light-hearted and festive, she fascinates with her ingenious texture and invites you to dance. CD: Time Crawls – Zefiro Torna. LABEL: Homerecords.be (2020). VIDEO 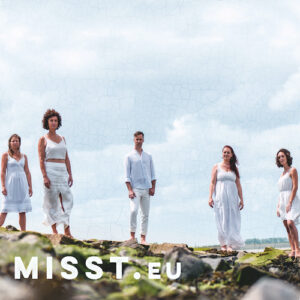 3-
MISST. At the beginning of summer 2016, 5 singers came together to sing a cappella. This is how MISST was born: four ‘Misses’ and one ‘Mister’ who sing somewhat forgotten folk songs from all over the world. During one of their performances in Italy, a new idea emerged… A project that focuses on European dialects, staying true to our vocal, harmonic roots, proving that those traditions are not outdated. CD. A capella zang – MISST. LABEL: -I-C-U-B4-T- (2022), code: cup 8071. Music & Words.nl. VIDEO 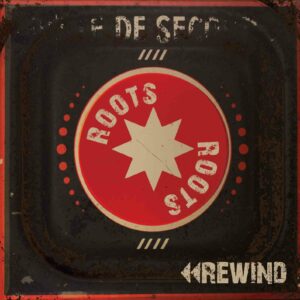 4-
Roots sought the “roots” in Irish and Celtic spheres. However, this group of 8 musicians has different musical backgrounds (folk, jazz, classical…). It is perhaps this symbiosis of influences that makes the sound of the group unique. With a fairly extensive range of instruments, the group makes folk music accessible to a wide audience. Traditionals and own songs, rousing instrumental or harmonious vocal, you get it all. CD. Rewind van Roots. Contact: https://www.roots-music.be/ | VIDEO 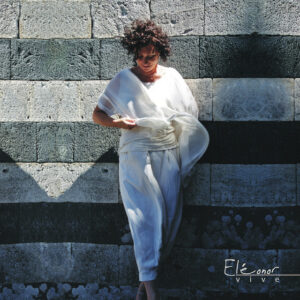 5-
Eleanor. The Belgian group Eléonor mixes folk, roots, jazz, neoclassical, fado and pop and weaves it into beautiful delicacies led by the emotional vocals of Elly Aerden. She has a penchant for the Middle Ages. But the tradition of the chanson and some jazz influences can also be heard. The album Vive features a variety of instruments including the upright bass, bass, guitar, piano, drums, oud, accordion, and cello. CD. Vive – Eléonor. LABEL: -I-C-U-B4-T- (2022), code: cup 8068. VIDEO 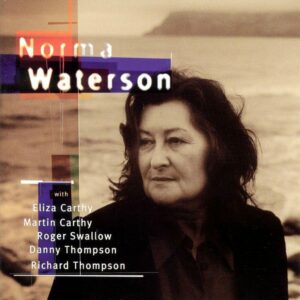 6-
Singer Norma Waterson was born in Hull in 1939 and, along with her brother and sister, was orphaned and raised by their grandmother. They started out playing skiffle and then formed the Watersons with cousin John Harrison. With their stirring, simple vocal harmonization, sometimes without instrumental support. Norma Waterson, for many years a vaunted fixture in British folk music, whose family singing group, the Watersons, helped fuel the revival of the genre in the 1960s. Norma died on January 30, 2022. She was 82. CD. The definitive collection – Norma Waterson. LABEL: Highpoint (2006), code: HPO 6013. VIDEO 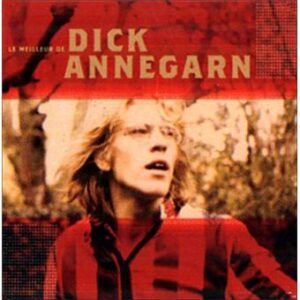 7-
Born in The Hague, Dick Annegarn has been living for some time in the south of France, at the foot of the Pyrenees. He regularly releases CDs. His first record dates back to 1974 and was an instant success. A success that he himself fled a few years later. He is regarded as a special singer among the French chansonniers. Annegarn’s texts often leave room for interpretation. In an interview for New Folk Sounds in 2006, he himself said: “I like to suggest in my lyrics. I like to write in riddles and rebuses, I like to hide what I have to say. The listener should not be offered everything on a saucer.” CD. Le meilleur de Dick Annegarn. LABEL: Universal (2006), code: 00731454365925. Polydor, code: 543 6592. VIDEO