Music from Java, Indonesia by Dijf Sanders and the Sambasunda Quintet. 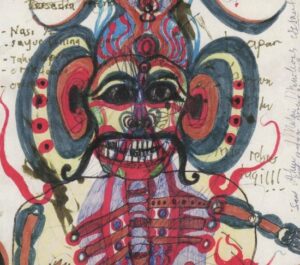 1– Java – Dijf Sanders.
Dijf Sanders visited the well-known Indonesian island for two weeks on behalf of the Belgian art festival ‘Europalia’. Since 1969, this festival has been organizing all kinds of concerts around a host country, and in 2017 it was Indonesia’s turn. The Belgian Dijf Sanders recorded samples of rain, frogs and crickets and incorporated various folk songs into his compositions. The inclusion of kunclungan is special; rhythms created by hitting water. Of course, the diverse (percussion) instruments that we know from the traditional gamelan orchestra are also included. The western sounds are at least as decisive. CD. Java – Dijf Sanders. LABEL: Werf (2018), code 150. VIDEO 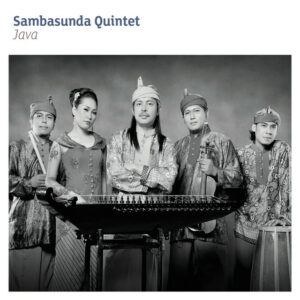 2– Java – Sambasunda Quintet.
The instrumentation of the Sambasunda Quintet follows the Tembang Sunda tradition, with up to three kacapis, complemented by violin and suling (bamboo flute) accompanied by a female singer. The addition of the khendang drums (a large barrel-shaped drum played at both ends with different tones generated by pressure from the foot and three smaller high drums known as kulenter) is a contemporary touch, and while some compositions based on standards from the Tembang Sunda repertoire, they are performed with a pronounced urban rhythmic accent. CD. Java – Sambasunda Quintet. LABEL: Riverboat Records (2012), code: TUGCD1058. VIDEO