Composition & presentation Alec Kopyt, percussion & vocals at the AKB. As part of the 25th Anniversary of the Amsterdam Klezmer Band 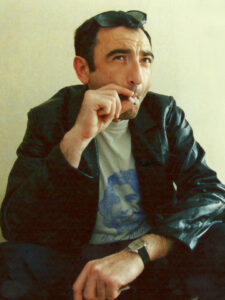 Alec Kopyt.
He was born in Odessa, USSR in 1959. In his early childhood, while working as a butcher’s apprentice, he became involved in the vibrant music scene, prominent in the city in the 1970s. An authentic sound of the southern seaport of Odessa, with its spicy words, its ironic attitude to life, humanity and the seriousness of what is to come… About – Video