Music with political lyrics from Guinea Conakry, Zaire and Togo.

In several African countries at the time, music was made to praise the president or the (usually single) political party. The country that turned this practice into an art form was Guinée Conakry. Ahmed Sékou Touré was president of Guinea from its independence in 1958 until he died in 1984. He was a great music lover. In 1961, he disbanded the existing dance orchestras and established several state orchestras. At the time, all these orchestras had at least one song singing the glory of the president and the Parti Démocratique de Guinée, the P.D.G. 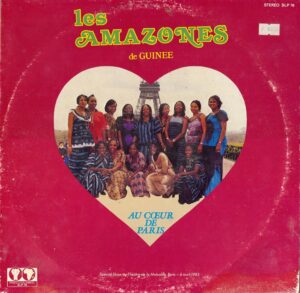 Both the Super Boiro Band, the orchestra of the Garde 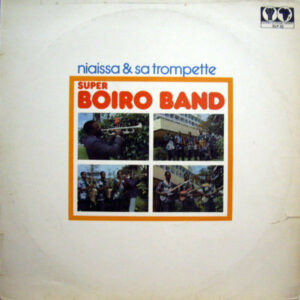 The orchestra Balla et ses Balladins, named after the trumpeter and leader of this orchestra, Balla Onivogui, is also called Orchestre du Jardin de Guinée, after a dance bar in Conakry, where the orchestra performed, and which still exists today. They are one of the first orchestras in Guinea to combine traditional musical 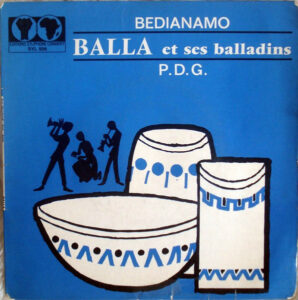 instruments with modern ones. They still perform in Conakry. Naturally, their repertoire included a song, “P.D.G”. 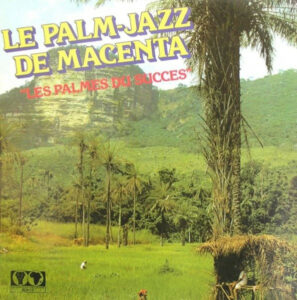 The orchestra Le Palm Jazz de Macenta sang in the song “R.D.A.” (= Rassemblement Démocratique Africain) the fame of Sékou Touré and the party, as did the Ensemble Instrumental de Labé in the song “P.D.G. Lannata Sine”. The city of Labé is located on the Fouta Djallon plateau, near the source of the Gambia River.

At the time, it was the capital of the Fulani state of Fouta Djallon. Hailing from the same region was the singer and guitarist Kouyaté Sory Kandia. He was born in 1937 in Manta,

near Bodié in Fouta Djallon. There he was discovered by Keita Fodéba, the leader and founder of Les 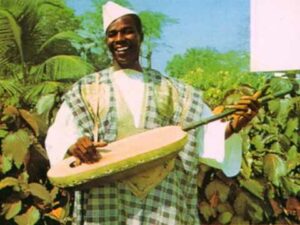 Ballets Africains de Guinée. Kouyaté Sory Kandia sang and played the guitar with this famous dance group. He also sang in the Ensemble Instrumental de la Radiodiffusion Nationale and his Trio De Musique Traditionelle Africaine. He died suddenly in 1977. In 1970, he sang a song in honour of Sékou Touré and the Parti Démocratique de Guinée.

Apart from Guinée, several other African countries also sang about the president and the political party, including Zaire, Gabon and Togo. 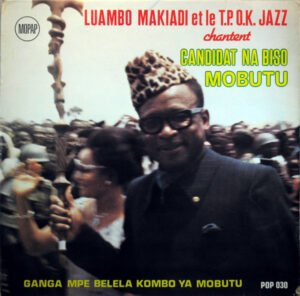 Tabu Ley, Mbilia Bel, and Franco composed propaganda songs for the presidential elections in Zaire. The song Franco released was called “Candidat na biso Mobutu”. Mobutu was the only candidate, and people could vote YES or NO. According to the official results, 99% of voters voted YES.

Besides songs honouring President Mobutu and the M.P.R., the Mouvement Populaire de la Révolution, Zaire also had the “Animation politique”. This involved a group of singers lined up in rows dancing and singing in honour of Mobutu and his party to a band’s music. Following the Chinese or Korean example. The following links show what these “Animations politiques” in Zaire looked like: 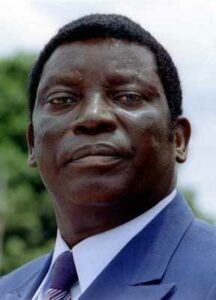 There are not many recordings from Togo with this kind of 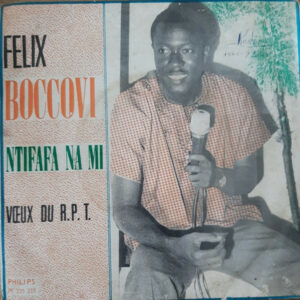 political music. As in Zaire, the “Animation politique” also existed here, where all musical energy was put into this country. Every high school and every town had a so-called “Groupe 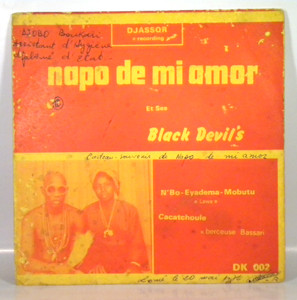 Choc”. Regular afternoon rehearsals were held, and they performed in public during official occasions and events. Togo was supported politically by North Korea, and vans with North Koreans drove around the country, ensuring, among other things, that the “Animations politiques” were performed correctly. At one such performance on a bank holiday in 1981, it was reported that students at the Lycée de Kpodzi in Kpalimé had sabotaged the “Animations”. The school’s management then felt compelled to punish all pupils with caning (the boys on their hands, the girls on their buttocks). They would have been in big trouble if they had not taken such strict action.

Here are some links to videos of the “Animations politiques” in Togo:

The “Animations” in Togo were mostly accompanied instrumentally by traditional instruments. And there was singing in the local language. Nevertheless, the “Animation politique” was highly unpopular in Togo, and the population was pleased when it was abolished.