In this edition of Nordic Sounds, four albums by Norwegian violinist Annbjørg Lien. At the turn of the century, she was a phenomenon at international folk festivals and the familiar face of Norwegian folk music alongside Mari Boine Persen. Lien recorded her first album under her own name at the age of seventeen. Kjellstadslåttar contains purely surviving melodies. The more or less untitled successor -Annbjørg- is a collaboration between Lien and a leading jazz combo. With her third album Felefeber, the first own compositions make their appearance, which she mixes with a selection of traditional tunes. Accompanying her and co-producer is guitarist/mandola and bouzouki player Roger Tallroth. He would later make a name for himself with the trio Väsen. Follow-up Prisme appears with what in effect becomes her regular backing band, featuring, in addition to Tallroth, Bjørn Ole Rasch (keys, piano, organ, harmonium), Hans Fredrik Jacobsen (flute, kantele, bagpipes) and Rune Arnesen (percussion). Parallel to her career under her own name, she works with the trio -and later quartet- Bukkune Bruse. In 2002 she realizes her first live album Aliens Alive, which grows into the magnum opus. The sound with a mix of Norwegian-Scandinavian folk, rock elements, light classical music, modern influences such as samples and electronics and powerful percussion was already deployed on predecessor Baba Yaga, but reaches its peak on this album. Lien becomes a big name on the international (folk) festivals. Only six years later a successor is released and interest in Lien is less than before. She does tour and record as String Sisters with an international company of 6 top folk violinists. But in the last two decades, with 5 albums, 2 of them collaborative, Lien is clearly taking it easy. That does not alter the fact that she has been one of the trailblazers of Nordic sounds. Therefore, a look back at her most prominent albums. 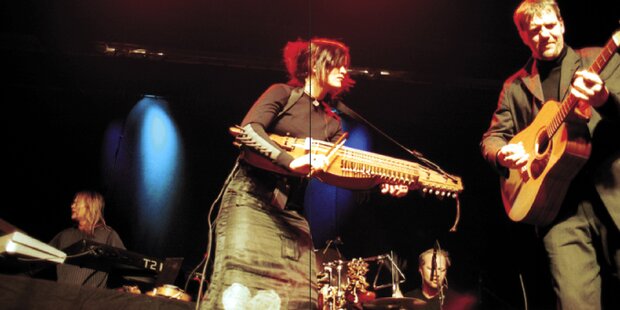