Anass Habib comes from Fez (Morocco) and his singing ambitions showed at the early age of 5, because then he sang classical Arab songs together with his family. Anass lived in Syria for two years where he sang medieval an pre-medieval songs from churches from the Middle East in Arabic, Aramaic and Greek languages. 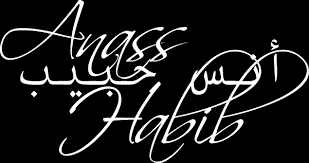 In 2013 he moved to Paris where he studied with Marie Keyrouz. Since 2013 he also studied in Lyon at the CEFEDEM institute and in June 2014 he received his French (state) diploma of music teacher of traditional chant and percussion.
His repertoire covers many countries and civilizations. From the great Libanese diva Fairouz to the Egyptian diva Oum Kalthoum, from the Syrian Sabah Fakhri to the Lebanese Marcel Khalife, from soufi poems to maronite (old christian) melodies and medieval Sephardic Andalusian songs…
Anass mainly sings in one of the many Arabic dialects, in Syriac (Aramaic), in old Greek, but also French, Spanish and English.
The next musicians can be hard on these recordings:
– Goksel Yilmaz: Guitar/ Baglama (Saz)
– Sandor Kem: Double bass
– Jamil Al Assadi: Qanun
– Latif Al Obeidi: Percussion
– Waseem Al Masri: Violin
– Kamal Hors: Oud

For more information, go to his website:
And his many music videos on Facebook, this is a Syrian song: