Today our guest is the band Samira’s Blues.

In January 2019, Samira’s Blues played magnetising North African spirituals and originals in Arabic, Amazigh and French at Podium Oost Utrecht. We will start this new Acoustic Roots year by repeating the episode with Samira Dainan and her Tuaregs.

Samira Dainan followed the nomad trail of her ancestors. She lived in the Moroccan Sahara, attended ceremonies in the Atlas Mountains and the Sous region and got entranced during Gnaoua lila (nights) in Essaouira.

Back in Amsterdam, she wrote and composed impassioned songs for her band of which the arrangements are made by guitar player Bas Gaakeer. 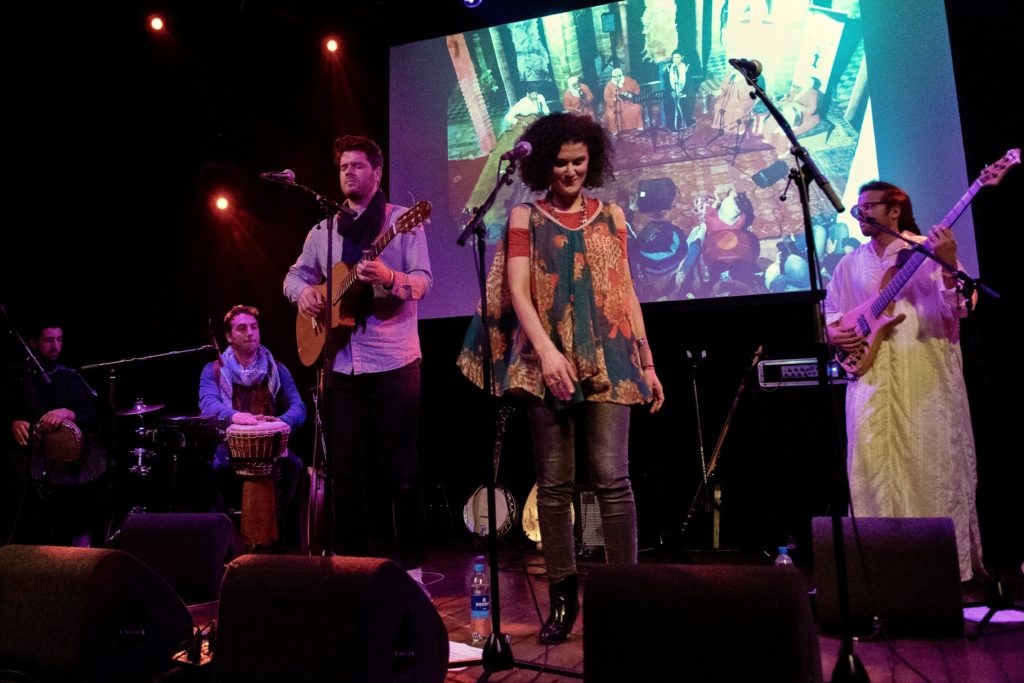