Anadolu Havasi shows the diversity of all of Turkey’s musical genres and relates them to the historic and social context of the wider Turkish region.

#5 Where Anadolu Havasi talks about the oldest musical and literal traditions of Anatolia: the Aşık.

For hundreds of years the Aşık traveled through Anatolia, Azerbaijan and Iran. Accompanied by the Saz or Kopuz (both a type of lute) they tell epic tales, sing about impossible romances and denounce injustice. The Aşık can be compared to a bard or minstrel. The songs and lyrics of the Aşık of the 15th century – like Pir Sultan Abdal for instance – are well-known in Turkey. The tradition of the Aşık is also very much alive. Modern day Aşık like Âşık Veysel, Ali Ekber Çiçek en Neşet Ertaş have a near mythical status.

Their music is often melancholic. Due to the sharp and stinging melodies played on the Baglama and the expressive singing it is not necessary to understand what the Aşık are saying. When you listen to the Baglama and songs you can almost feel the vastness and loneliness of the steppes of Anatolia. But then again songs of the Aşık can really be energetic and good for dancing. 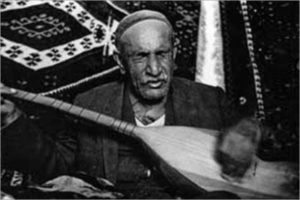 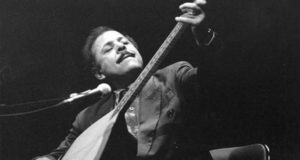