With the CD of the week.
Host today: Gerard Meulenberg.
NB Order and playlist are conditional. 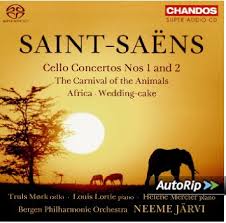 7. New music
a. Pianist Arthur Jussen is going on tour this month, without his brother Lucas, but with the Dutch National Student Orchestra conducted by Bas Wiegers. As well as Debussy, Ravel and Bartók they will play Screen Memories, a new work by Canadian Trevor Grahl. This concert has its public rehearsal on Saturday 6 February in Someren and can be seen on Sunday in Leeuwarden, Monday in Enschede, Tuesday in Utrecht, Wednesday in Groningen and the week after in other cities. For more information go to the site of the orchestra.
b. Thursday 4 February the ASKO/Schönbergensemble will play at the Muziekgebouw aan ‘t Ij. The ensemble will play the fourth symphony in an arrangement for chamber orchestra.
c. Thursday the Calefax woodwind quintet will play a various programme including Mozart, Franck and Janáček and works by Daan Manneke. Sunday the microtonal Fokker organ will sound, with works from the late renaissance and early baroque, but also a new work by Caspar Johannes Walter.
d. Also at the Muziekgebouw, but than in Eindhoven, you can listen to a concert of soprano Rianne Wilbers and the Projectorkest. They will perform various contemporary works. As well as  Górecki’s third symphony there is music by Bischops, Lang and Soeter, whose Ubi sunt will have its worldpremiere here.
Music: Henk Badings, Reeks van kleine klankstukken.

9. Concertzender live
Today you will hear one of the oldest Concertzender recordings, this time from 1985. On 3 February pianiste Arielle Vernède and flutist Mia Dreese played at the concert hall at the Ijsbreker in Amsterdam.
Music: Philippe Gaubert. Fantasie pour flûte et piano.
10. Jazz
Monday 8 February from 20:15- 22:20 CET at the Grote Zaal of the Concertgebouw in Amsterdam: Jazz at Lincoln Center Orchestra with Wynton Marsalis, trumpet: The George Gershwin Songbook.
Music: Dave Brubeck. Take Five.