Live recording of the concert of Liam O’Maonlai and Friends

On 19 March 2016 the third Saint Patrick’s Irish Festival took place at the Splendor music Centre in Amsterdam. Next to dance, film and sports, there was also room for music. The headliner of the evening was Liam O’ Maonlai and Friends. 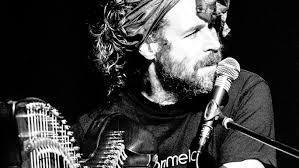 Liam O’Maonlai is, among other things, known as the singer of the Irish band Hothouse Flowers. He is one of the most beloved musicians and singers of Ireland, both in rock and in Irish traditional music. U2’s singer Bono once described Liam as ‘the best white young soul singer in the world’ and he is also labeled one of Ireland’s best sean-NOS singers genoemd.