In 1992 BBC Channel 4 broadcast what turned out the be probably the ‘greatest special of all time’, the 6-part, half-hour documentary called ‘LATA IN HER OWN VOICE’. Despite this only being available ‘on screen’, the Concertzender has created an audio version especially for our audience. Listen to the song with which Lata conquered the entire Asian continent.

We’ve also made a collection of highlights to give you a full picture of this singer’s truly fabulous career. We’ll take a look at her career from the age of 13. She did not like being a movie star very much, but she soon became the most demanded singer of everything from popular film music to light classical music and everything in between. 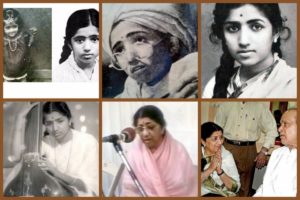 1) Intro music ‘LATA IN HER OWN VOICE’ from the movie ‘LEKIN’ (Mangeskar)
TV documentary, broadcast by BBC Chanel 4 in 1992