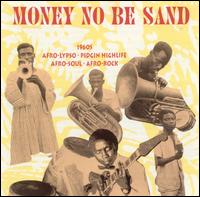 West African ‘highlife’ sounds of the sixties, highly influenced by James Brown, Calypso, Rock ‘n’ Roll and Funk. The bands are from Nigeria and Ghana and most of them scored hit after hit. Not only E.T. Mensah or The Ramblers Dance Band, but also Eddie Okonta, Eric ‘Show Boy’ Akaeze and Charles Iwegbue were the ‘kings’ of the nightlife in Lagos, until the Biafra war tuned off the lights temporarily. The last song of this broadcast will be a rare Beatles cover. Charlotte dada sings ‘Don’t let me down’. The other musicians like Yoruba soulster Professor Y.S. and his B.B.band of the rock ‘n’ roll formation The Junkers were more local phenomenon’s. All tracks have the West African ‘larger than life quality’.