Chief Stephen Osita Osadebe is born in the little Igbo town of Atani (which lies on the river Niger in South East Nigeria) on 17 March 1936. His interest in music begins during his school time in Onitsha, a large city 17km up the Niger. Osadebe’s musical career starts by singing in nightclubs in the city of Lagos. When he becomes increasingly popular, his family in Atani hears about it, and they are not pleased. Yielding to the pressure they exert, he travels to the Soviet Union, where he graduates in law, specialization: trade unions. 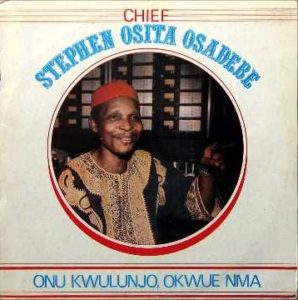 After having returned to Nigeria, he forms the band Nigeria Sound Makers International in 1964. 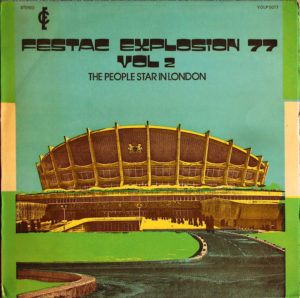 On the occasion of Festac ’77, the big international cultural festival held in 1977 in Lagos (the Second World Black and African Festival of Arts and Culture), Osadebe produces the album “Festac Explosion77”. 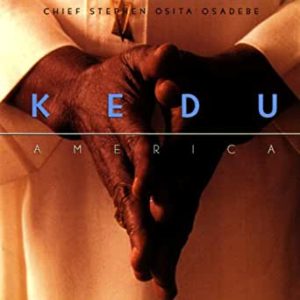 As of 1986, Osadebe spends more time with his children, and gives less of his time to music. But in 1994, he goes on tour in North America with his band the Sound Makers. There he records the CD entitled “Kedu America”, on which also several numbers which made him famous earlier. Such as, the very popular number “Osondi Owendi”, which is only surpassed by “Sweet Mother” of Nico Mbarga in terms of sales figures. The meaning of the Igbo text is: “Some people are happy with it,

Chief Stephen Osita Osadebe dies on 11 May 2007 in Waterbury, Connecticut, in the US. 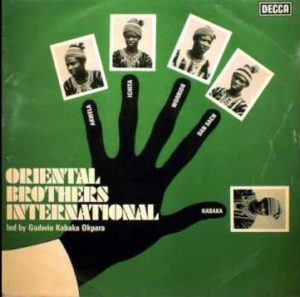 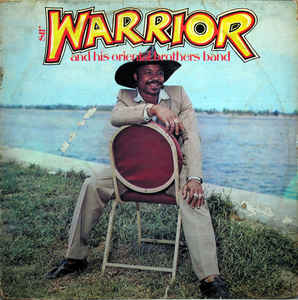 After many quarrels and even more break-aways, Christogonus Ezebuiro Obinna, alias Dr Sir Warrior, is the only founder of the band left. He calls the band: “Dr Sir Warrior & His Oriental Brothers International Band”. He himself is the leader of the band and, once more, has great success.

Special thanks to Barbera Schuil, for putting her African LPs to our disposal.