This special episode is dedicated to Islamic religious singing. A rich tradition often seen as the basis of classical vocal teaching (along with the art of Quran recitation) in the middle east. On Saturday night, The vocals are usually performed by a soloist, without musical accompaniment, but sometimes supported by a choir of a few men (called Betaana).
You will hear the voices of Hassan Haffar and Sabri Mudallal, greats in the rich tradition of Aleppo in Syria in a 1975 recording. 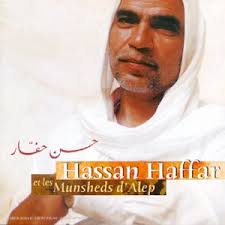 The soloist in vocals is called munshid, often he has the title sheikh because of a basic religious education. You will hear some of the greatest munshids from Egypt in the golden age of this song, namely between the 30s and 80s of the last century: Ali Mahmoud, Taha Al-Fashni and Kamel el-Bahtimi. We close with a rare recording of an Egyptian female singer: Rawhia Abdel-khalik. 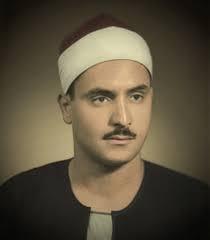 and also here  and here .

Playlist
The last part of the program we’ll listen to Sufi vocals from Aleppo(Syria), Turkey and Morocco sometimes with instrumental accompaniment, mainly by the ney. The ney is a Middle Eastern flute that is often used for its spiritual sound.