This series, “in company of the ‘ud” is dedicated to the Middle Eastern lute:  The Ud  (also spelled  ’ud or Oud) is one of the most important instruments in the Middle East, the Eastern Mediterranean and North Africa. In the 21st century, the instrument with its warm and comforting sound has slowly gained a new wide international audience. Many middle eastern players live all over the world and help spread the popularity of the instrument.

Even though Ud recordings were popular in the 78 rpm record days until the 1930s, the instrument was hardly heard or professionally recorded as a solo instrument in the decades that followed except mostly in the private sphere and muscian’s jam sessions. It was barely heard between the loud sounds of the western-influenced large orchestras or modern bands of the popular song. Since the 1990s however there has been a real revival of the Ud as a solo instrument. Young talented players, rooted in the -rediscovered- spiritual and emotional power of the traditional repertoire, worked hard on improving their technique and experimented both with (solo) compositions and connecting with all kinds of music styles.

The Netherlands has its own festival dedicated to the ud as well for a couple of years .This year it will take place between mid-October and mid-November on various stages in Amsterdam, Utrecht and Rotterdam. Both international Ud players and local “Dutch Masters” are on the menu.

In this episode we will listen to great talented ud players (and composers) who are based in the Netherlands. We also get to hear 3 examples from the old masters from Egypt and Turkey, who  meant a lot to the instrument and are a great inspiration to many players. 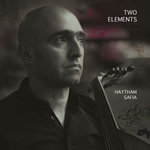 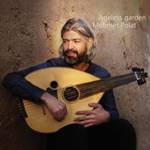