Music from the near and Middle East and the Balkans, with Le Trio Joubran and Arifa. 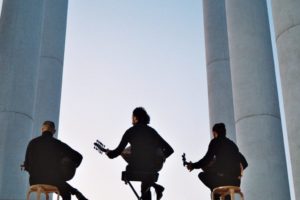 1-
AsFâr – Le Trio Joubran (Palestine).
The trio consists of three brothers who are descended from four generations of Oed makers and players. Their command of the Oed is unique and that also applies to harmony and synchronization. The percussion is performed by Youssef Hbeisch, who enriches the compositions of the trio with enchanting rhythms and notes. Label: World Village (2011), code: WV479055 | Tracks: 1 t/m 6 | Video 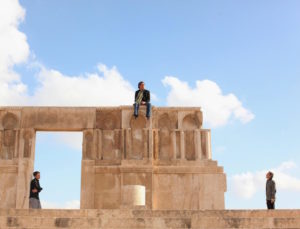 2-
Beyond Babylon – Arifa.
Since its foundation in 2010, Arifa has been engaged in a quest to merge age-old music traditions from the Middle and Near East and the Balkans with contemporary forms of western jazz and improvised music. The three musicians who form the core of the group have undergone a stormy development and have since performed on numerous international stages and festivals. Clarinettist Alex Simu won a Golden Calf in 2016 for best film music and also the “Buma Award”. Label: Mundus (2010), code: 2010777 | Tracks: 4-7-8 | Video