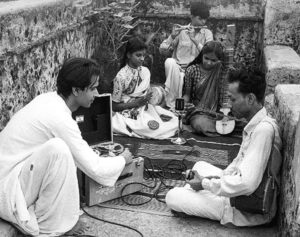 These recordings were made in 1957 and present Jewish music from North Africa (Morocco, Algeria, Tunisia), Yemen (South-West Arabia) and Bukhara (Uzbekistan, Central Asia).

The music is played on authentic instruments such as the Arabic lute, the zither, the drum, the flute (Yemen), the Uzbek dulcimer, the Uzbek violin, the lute and even kerosene tins.