With music from Tajikistan by Aqnazar and Central Asia by Wu Man. 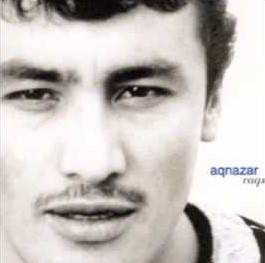 1- Aqnazar (translation: “he who sees the truth”) is an exceptional vocalist from the mountains of Badakhshan (Pamir) in Tajikistan, where he is recognized as the greatest singer in the region of both folk / pop and local music. repertoire. On this album he sings and plays accordion, together with a rubob (lute) player and a percussionist (daf, tabla). The repertoire is quite festive, hence the name of the album Raqs (a Persian word from Arabic, which means ‘dance’).
Cd. Raqs – Aqnazar. Label: Buda Musique (2003), code: 822672.  |  VIDEO 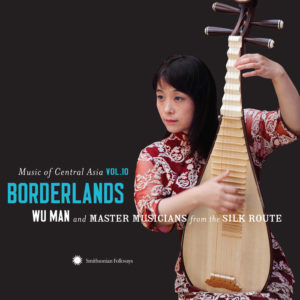 2- Wu Man – Master Musicians from the Silk Route.
In these lavish recordings, pipa master Wu Man and her “Uyghur” [1], Tajik and “Hui” [2] employees explore connections between the musical worlds of China and Central Asia. With the uplifting vocals of Sanubar Tursun and Abdulla Majnun together with newly arranged and composed instrumental pieces, Borderlands is a mixture of related traditions.
[1] Uyghurs, Turkish people from the Chinese autonomous region of Sinkiang. [2] Chinese with an Islamic faith.
Cd. Borderlands: Music of Central Asia. Wu Man – Master Musicians from the Silk Route.  Label: Smithsonian Folkways Recordings (2012), code: SFWCD 40529.  |  VIDEO