Traditional music from the Maldives and Kurdish Iran. 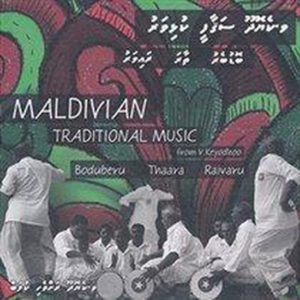 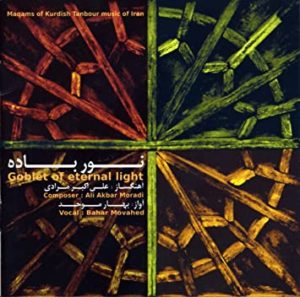 2-
Goblet of Eternal Light – Ali Akbar Moradi & Bahar Movahed.
Ali Akbar Moradi is an Iranian-Kurdish musician and composer. He was born in the Iranian city of Kermanshah. In 1981 he started collaborating with the Kurdish singer Shahram Nazeri and performed all over Europe and North America. He is an expert on the tanbur instrument, which is considered sacred in Kurdish Sufi music. Babar Movahed taught himself to play “tanbur” – the lute that is the signature instrument of Kurdish music. She studied Persian classical & traditional music, and was widely praised for her remarkable control and pure tone. The album Goblet of Eternal Light, is an album where the vocals and the tanbur are intertwined, based on ancient Kurdish musical and poetic traditions.
Cd. Goblet of eternal light – Ali Akbar Moradi & Bahar Movahed. Label: Traditional Crossroads (2012), code: CD 4345 | tracks 1 t/m 7 | VIDEO