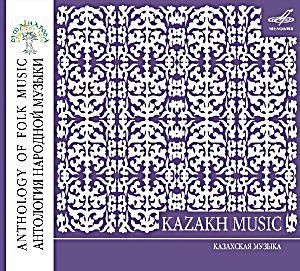 Traditional Kazakh music represents the culture of a nomadic people. It shares a common Turkish origin and was passed on orally from generation to generation. It is strongly linked to the family ritual. The recordings date from 1965-1989.
Cd. Kazakh music: Anthology of folk music.
Label: Melodija (2011), code: MELCD3001822 | VIDEO 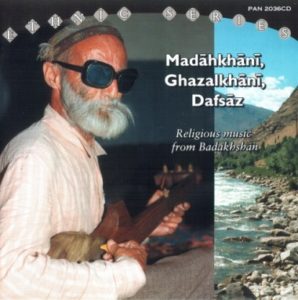 From the Badakhshan Autonomous Region (in Tajikistan), this collection of songs comes from the religious repertoire of the Nizari branch of the Isma’ili religion. The works shown here come from three basic forms of song, based on classical Persian poetry. The instrumentation is sparse, but despite the scarcity of sound, the singers and players can fill a music space quite effectively. This music is difficult to compare with any other form due to the clear differences and the seclusion of the region. It’s a deceptively complex shape that can drag for hours or shorten itself in minutes without the listener noticing the difference.
Cd. Madahkhani, ghazalkhani, dafsaz : Religious music from Badakhshan.
Label: PAN (1997), code: PAN2036CD | VIDEO