‘To Yemen with Love’ – various artists. 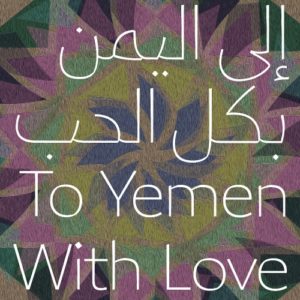 Michel Banabila and dozens of other musicians have come together to contribute to the well-being of the people of Yemen. The people of Yemen have been exposed to the horrors of war, a war that has continued for the past five years. As a result of the war, the country’s infrastructure has been devastated, with the majority of the civilian population exposed to hunger, disease and homelessness.

Proceeds from this album will be donated to two charities operating in Yemen, Mercy Bakery & Save The Children.
The album is for sale on: To Yemen with Love  |  VIDEO