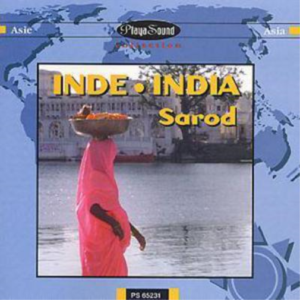 Mohan Sundar Shrestha.
A 70-year-old sarod player, born and raised in Kilagal, Nepal. He has devoted more than forty years of his life to the field of music playing the sarod (a classical stringed instrument similar to the sitar). Despite being born visually impaired, he has become one of Nepal’s most acclaimed sarod players.
His musical journey started in the year 1970 and he has worked at the Royal Palace, Radio Nepal and the National Theater. He still plays sarod for several programs on Radio Nepal and in recent years also performs every night at Hotel De l’Annapurna, except on Thursdays.
CD. Sarod – Mohan Sunder Shrestha.
LABEL: Playa Sound (2000), code: PS 65231. VIDEO