Music from Siberia-Tuva by Albert Kuvezin & Yat-Kha & from the refugee camps on the border of Thailand-Burma. 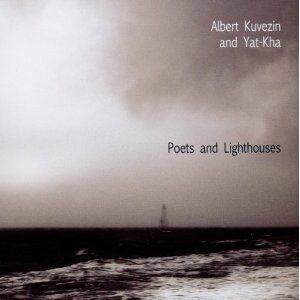 1- Albert Kuvezin & Yat-Kha.
The Tuvan musician Albert Kuvezin has headed Yat-Kha since 1995. Tuva is a small independent state between Mongolia and Russia. Yat-Kha embraces both Tuvan traditional music and Western rock. On this album Poets And Lighthouses  we hear the characteristic vocals and throat singing of Albert Kuvezin and the various Tuvan instruments. In addition, there are many English lyrics, jazz influences and the more British folk elements that seep through here and there. CD. Poets and lighthouses – Albert Kuvezin & Yat-Kha. LABEL: Yat Kha (2011), code: YAT005. VIDEO 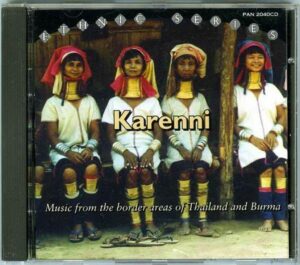 2-
Karenni.
The music on this CD is representative of the different ethnic cultures of the state of Kayah in Burma, ranging from a unique recording of a bronze frog drum, a bamboo zither, a New Year’s ritual to the country music of the ‘longneck’ Padaung. The footage was shot in Kayah state and the Karenni refugee camps in Thailand. CD. Karenni: Music from the Border Areas of Thailand and Burma. LABEL: PAN (1994), code: 0002040. VIDEO