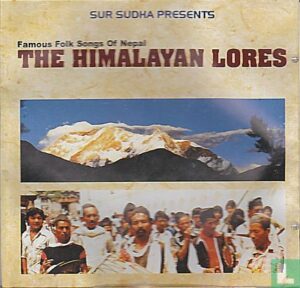 Sur Sudha, producer and one of the musicians of The Himalayan Lores, is known as the “Musical Ambassador” of Nepal. Among other things, his dedication to creating music that spreads a universal message of peace and harmony, and efforts to combat the poverty of the Nepalese people. Their music demonstrates how two of the world’s major religions – Hinduism and Buddhism – find perfect fusion in Nepal. Sur Sudha tries to promote these ideals through traditional Nepali instrumental music rendered with the flute, sitar and tablas; these are the most popular Nepali instruments and are called the three sons of Nepal.
CD. The Himalayan Lores : Famous folk songs of Nepal.
LABEL: Sur-Sudha Records (1996), code: SSR 1002.  VIDEO