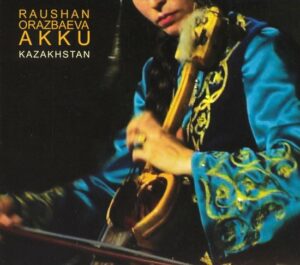 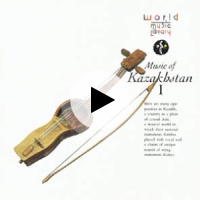 2- Smagul Unbetbaev.
According to archaeologists, a kobyz, along with dombra, was also one of the most common musical instruments of early nomads, mainly used in religious and ritualistic activities by the shamans, but also by folk singers. The kobyz also served as a means of communication. Imitation of nature sounds is characteristic of the instrument, e.g. howl of wolves, cry of swans, running horse, the sound of an arrow unleashed. The kobyz has two cords made of horsehair. The resonant cavity is usually covered with goatskin and is considered to be the oldest of all stringed instruments in the world.
CD. Music of Kazakhstan. LABEL: King (1993), code: KICC 5166. VIDEO