In today’s episode you can listen to I Fiamminghi (the Flemish orchestra). This Brussels chamber orchestra was founded by conductor Rudolf Werthen and performed from 1984 up to 2003.

The repertoire of the ensemble varies from ancient Italian baroque music to more recent works by living composers like John Taverner and Antonio Vivaldi, and also works by Annelies van Parys and Tōru Takemitsu from Tokio.

The chamber orchestra covered a very wide area and sought cooperation with famous composers and musicians. In 1999, for example, I Fiamminghi released a CD on which they mixed classical music and tango. The CD was titled Tango – la elegia de quienes ya no son (Tango, the elegy of those who are no longer here). 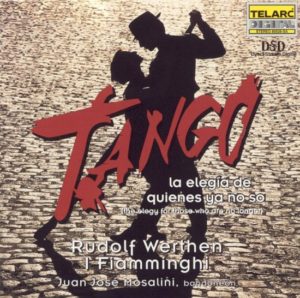