Miquel Gil.
His voice comes straight out of the soil of his hometown Valencia. He has received many awards, including the award for Best
Catalan album. For this CD Katá Miquel has buried himself in the Mediterranean music and specifically of Andalusia, Mallorca, Catalonia and Turkey.
CD. Katá by Miquel Gil. Label: Galileo Music Communication (2004), code: GMCP05. Video 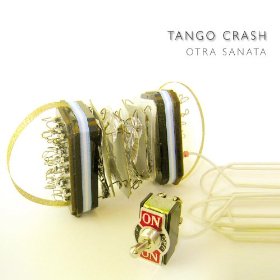 Tango Crash.
A German based Experimental Tango Jazz Electronic fusion band with a strong emphasis on jazz and electronics. Some musicians have been working together on Tango Fusion since 1987. Tango Crash was founded after a concert at the ‘Architecture Biennale’ in Berlin in 2002. Otra Sanata is their first album which was released in 2005.
CD. Otra Sanata by Tango Crash. Label: Galileo Music Communication (2005), code: GMC013. Video 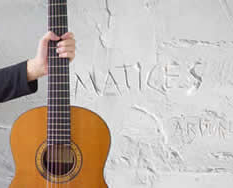 Arturo Ramón.
In 1981 Arturo Ramón was born in The Hague as the son of a Dutch mother and a Spanish father. At age fifteen he went to the Royal Conservatory of The Hague to study classical guitar. Soon after he was introduced to the flamenco, he gained more in-depth knowledge of the style and decided to devote himself to the flamenco guitar. He continued his study at the Rotterdam Conservatory where he graduated in May 2003.
CD. Matices by Arturo Ramón. Label: NLDISCO (2005), code: NLDO030. Video