Namgyal Lhamo studied at the Tibetan Institute of Performing Arts, where she specialised in classical songs from the 17th-century and Tibetan opera. This cd show the classical side of her talent with her typical, rich vibrato sound. The ‘dyanen,’ a Tibetan lute, with which Lhama usually accompanies herself plays a less prominet role in this repertoire than the ‘citer’, with its long resonance that so perfectly suits the atmosphere of these songs. Cd. ‘Musical Offerings 2’ by Namgyal Lhamo. Label: Music & Words / Blue Kapibara (2015), code: MWC-5022. Video 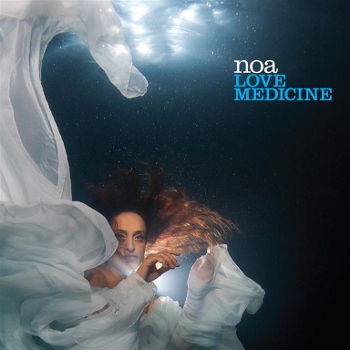 The singer Noa, from Yemenite origin, is without a doubt one of Israel’s biggest stars. Her multi faceted music and lyrics were influenced by Leonard Cohen, Joni Mitchell and Paul Simon.This, combined with a background in rock and jazz music and the strong influence of classical music that defines the style of her regular partner Gil Dor makes for hundred of beautiful songs with a unique sound.Cd. ‘Love Medicine’ by Noa. Label: Music & Words 2015), code MWCD-1027. Video This is a mostly vocal album featuring twelve varied tracks.Clemens Krijger composed the music and wrote some lyrics. Other lyrics were written by Laura Stavinoha. Als, two poems by Hanneke van Eijken were used. In total, fourteen musicians and vocalists worked on this album, including Greetje Bijma.
Label: www.beeldendcomponist.nl(2016). Video