With music from Africa, the Caribbean, South America and Europe.

‘Kasaï’ is the debut album of the African singer Tatouages. Tatouages was born in Kasaï (now located in Congo) and grew up in Kinshasa (then the capital of Zaire, now of Congo). She travelled through Africa for years to gain more knowledge of the cultural legacy of the various countries and to work together with artists. She met Maïka Munan and was discovered by chance by the brothers Touré Kunda, who offered to produce her album. ‘Kasaï’ is an album full with relaxed, rhythmic music with solo singing, choral singing, guitars, percussion and brass players. The numbers are for the greater part written by Tatouages herself.
Cd. ‘Kasaï’ van Tatouages. Label: Music & Words / Zimbraz Records (2003), code : MWCD 3024. 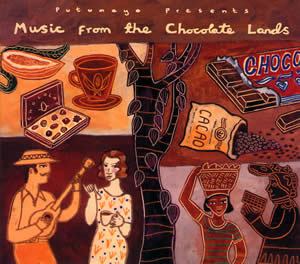 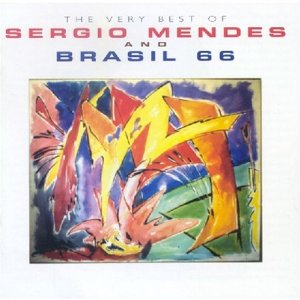 ‘The Very Best of  Sergio Mendes and Brasil 66’.
The very height of the career of Mendes ended in the 1970s, but he remained very popular in South America and Japan. He kept making Brazilian music, with among others Stevie Wonder. In the 1980s, he was making successfull records again. In 1983, Mendes had a big hit with ‘Never Gonna Let You Go’. His big success came with his album ‘Brasileiro’ in 1992. He won a Grammy with this album.
Cd. ‘The Very Best of  Sergio Mendes and Brasil 66’. Label: A&M Records (1997), code: 540 752-2. Video