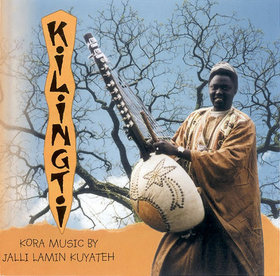 =Du-Sems Ensemble=
The Du-Sems Ensemble was founded in 2010 by ud and sehrud player Osman Kirklilci, Kemenche player Emre Erda and kudüm, bendir and halile player Osman Oksuzoglu. The Du-Sems Ensemble takes us on a musical journey with other traditional musicians from Greece, Syria, Iran and the Balkans on traditional instruments.
CD: Traditional Turkish Sufi Music by the Du-Sems Ensemble.
Label: Arc Music (2012), code: EUCD-2424 Normal
Jalli Lamin Kuyateh was born in Gambia in 1964. From the age of 5 he has been trained to become a kora player. He came to live in the Netherlands in 1996 and he acquired the Dutch citizenship since 1999. He founded the Jalliay Ensemble in 1998, with whom he performed in many halls and multicultural festivals in the Netherlands. He has also taught the kora at the conservatory of Amsterdam and Rotterdam.
CD: Kilingti, Kora music by Jalli Lamin Kuyateh.
Label: Afrika moet je horen (2012), code: AL1201