Perestroika #31: Nova Zembla 1: Central Asia 1. Today our series with works that came about round the rebuilding (perestroika) and collapse (‘destroika’) of communism in Eastern Europe, arrives in Central Asia at ‘nova zembla’ (new land) Tajikistan: for the first time this former part of the Persian Empire appeared as an independent country on the map only after the fall of the Soviet Union.

Tolib-khon Shakhidi (photo)
was born on 13 March 1946 in Dushanbe, the capital of Tajikistan, as son of the founder of the Professional Tajik Academic Music, Ziyodullo Shakhidi. After his eduction at the musical college in Dushanbe he became a student composition in Moscow at Aram Khachaturian. “Tolib, your time is precious”, his master wrote on Shakhidi’s graduation photograph. In 1991 Shakhidi dedicated his second piano sonata to Sergei Prokofiev’s centenary. You can listen to Jekaterina Metsjétina.

We continue with the suite from Shakhidi’s ballet music from ‘Beauty yosif’ from 1989, the year of the revolution. The Moscow State Symphony Orchestra is conducted by Volodymyr Kozjuchar. In that year he composed his Second Piano Concert. 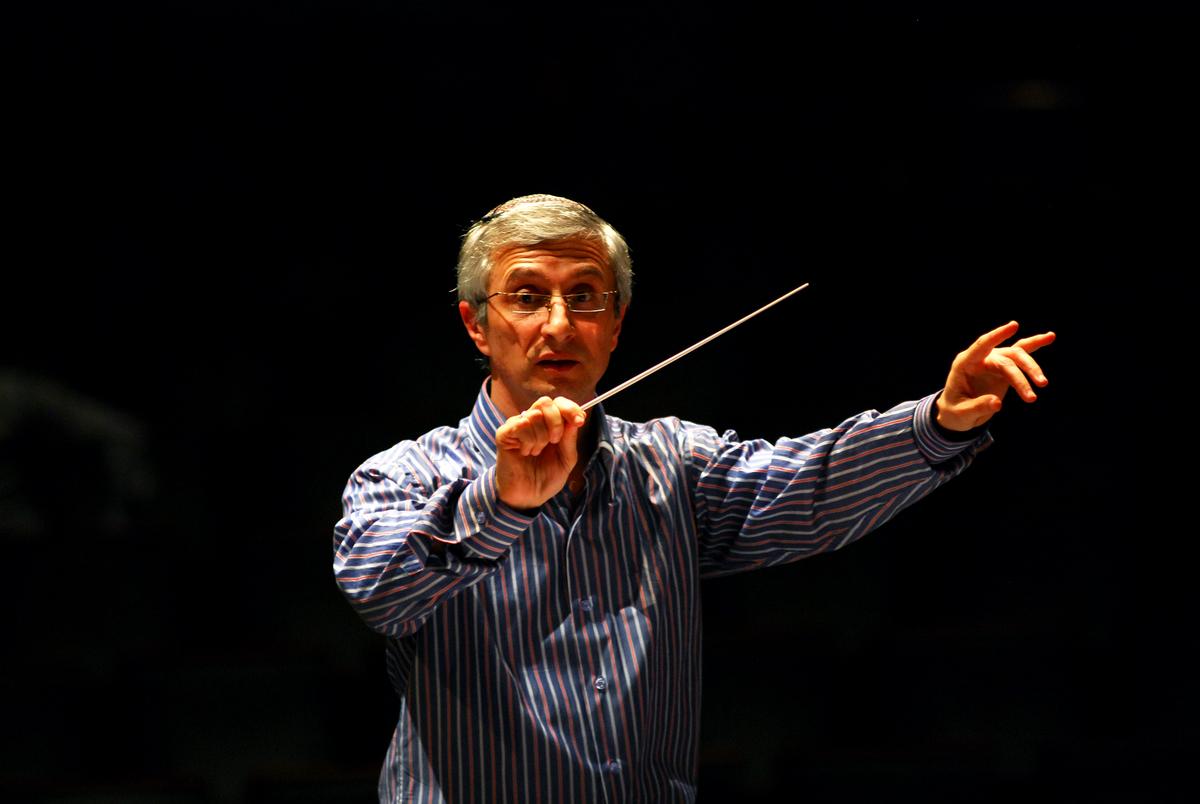 Benjamin Yusupov (photo) was born in Dushanbe in 1962. In 1989 he was awarded the Composers Union Prize, a year before he emigrated to Israel. He says about Nola: “Nola is Farsi for tenderness and minimal changes in tone. I have written this concert in 1994 for flautist Matthias Ziegler, who performed it first in 1995. I do not only use the usual flutes, but also flutes that are less likely to be heard in concert halls: the bass and the double bass flute and a flute with membrane. The work is a search for sound effects that are from flutes and strings. The combination with ethno music is at the same time a connection with eastern musical aesthetics. The first part is slow, dramatic. The second part is fast, artistic and it offers the soloist all the space to show his skills and talents. It is an extra challenge for the orchestra that has to be in harmony with the soloist as well as the ‘loop delay’, an instrument the soloist uses to create rhythm that forms the base of his dialogue with the ensemble. You can listen to flautist Matthias Ziegler and the Dresdner Sinfoniker with conductor Michael Helmrath.
As time permits, you kan listen to the March for Symphonic Orchestra from 1994 by Shakhidi, to whom the next episode will be devoted to. The
Russian State Symphonic Orchestra of Cinematography is conducted by the composer.
Tolib-khon Shakhidi (Dushanbe, 13-03-946).
1. Sonata or. 2 (1991) (S. Prokofiev’s centenary): 1) Adagio, 2) Presto.
Jekaterina Metsjetina, piano.
Imperia Moezyki. www.tabriz.ru. Producer: Tabriz Shakhidi.
2. Suite from the ballet music ‘Beauty yosif’ (1989).
Moscow State Symphony Orchestra conducted by  Volodymyr Kozjucha.
Muzz. www.tabriz.ru. Producer: Tabriz Shakhidi.
3. Piano concert no. 2 (1989).
Vitali Finkelberg, piano, Moscow State Symphony Orchestra conducted by Sergei Skripka.
Muzz. www.tabriz.ru. Producer: Tabriz Shakhidi.
4. Benjamin Joesoepov (Dushanbe, 22-11-1962).
‘Nola’, concert for bass flutes, double bass flutes, flutes with membranes and flutes, ‘loop delay’ and string orchestra (1994).
Matthias Ziegler, Dresdner Sinfoniker conducted by Michael Helmrath.
Arte Nova Classics 74321 82556 2.
5. Tolib-khon Shakhidi (Dushanbe, 13-3-1946).
March for Symphonic Orchestra (1994).
Russian State Symphonic Orchestra of Cinematography
Tolib-khon Shakhidi.
Muzz. www.tabriz.ru. Producer: Tabriz Shakhidi.