This night is dedicated to the Accordion, a versatile instrument that is played in various countries around the world in different styles. You will hear examples of French, Portuguese, Ukrainian, Bosnian/Serbian and Argentinian interpretations. 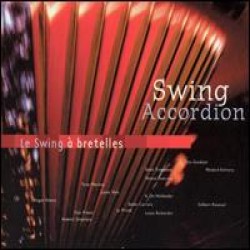 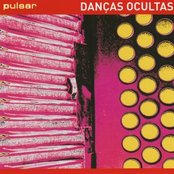 Danças Ocultas.
The diatonic accordion, known as the ‘concertina’ in Portugal, was developed in the first half of the 19th century. The accordionists Arthur Fernandes, Filipe Cal, Filipe Ricardo and Francisco Miguel did not place themselves in the service of the traditional folklore, which once was seen as the ‘will of the concertina’, but more in making their own style.
CD. Pulsar van Danças Ocultas. Label: Magic Music Records (2004). Distr. CNM. Video 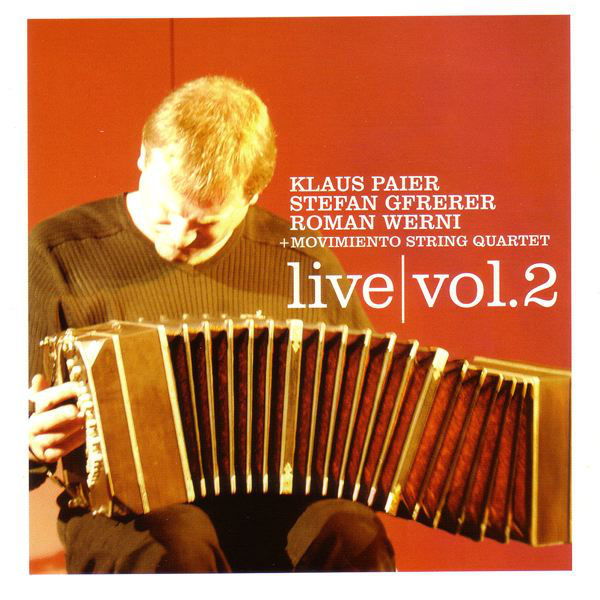 Motion Trio.
This innovative Polish accordion trio, founded in 1996, has succeeded to change the image of their instrument, the accordion. Their avant-garde sound varies between ‘minimal music’, jazz and rock and voice the name of this trio: Motion. They do this on a strictly acoustic base, at which they use neither samplers, nor special effects.
CD. Play-Station by Motion Trio. Label: Asphalt-Tango Records (2005), code CD-ATR 0705. Distributie Music & Words. Video

The Ukrainian Volodymyr Kurylenko plays the ‘bayan’, not the accordion. The bayan is a typical Russian instrument that people in the west call ‘button accordion’. It has a warm melodic sound and a rich and powerful bass which makes it perfect for playing Slavic music. Thousands of pieces were written for the bayan. On this CD Volodymyr interprets songs by Astor Piazzolla, Vladimir Vlasov, Richard Galliano and Vyacheslav Chernikov among others.
CD. Impromptu by Volodymyr Kurylenko. Label: Volodymyr Kurylenko Recording (2005). Video 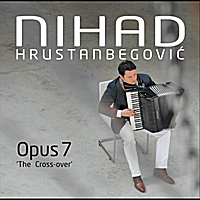 Nihad Hrustanbegović.
Nihad was born in Bosnia-Herzegovina in 1973. In 1994 he came to the Netherlands concerning the war in Bosnia. The CD Opus 7 The Cross-over is his second solo album. On this album he uses eastern and western sounds, futuristic and minimalism improvisations, Balkans rhythms, and different modern accordion sounds.
CD. Opus 7 The Cross-over by Nihad Hrustanbegović. Label: Self released: www.nihad-accordeon.com (2010). Video

Raúl Barboza.
The musical traditions from the ‘Guyani’ Native Americans from the northeast of Argentina serve as a practice area for the accordionist Raúl Barboza from Buenos Aires, but his music reflects a more global view. A unique mix of Native American, European, and African influences: Barboza’s melodies have got everything from the tango, mazurka, waltz, but also sounds of nature. He is the son of a conductor and guitarist, and he started to play the diatonic accordion at age 7. This is his second album after he moved to France in the 70s. Barboza fell in love with the French capital and stayed there, he went on to play together with the best Parisian artists.
CD. La Tierra Sin Mal by Raúl Barboza. Label: Frémeaux & Associés (2003), code : LLL257. Video