This night is about Saharan nomadic peoples. With music performed by Tuareg and Wodaabe musicians from: Mali, Niger, Algeria and Libya.


Sahara: area where most of the Tuareg lived. 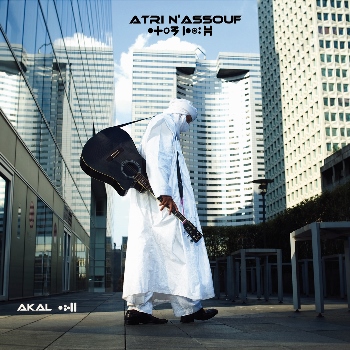 Atri N’Assouf.
They are inspired by traditional West African music. This group consist of musicians who are from different continents. The singer, author, composer, guitarist is Rissa ag Wanaghli, he is Tuareg and comes from Niger. In the 1990s, in Algeria, where many Tuaregs were exiled, he improved his guitar playing. He learned a lot from a fellow-countryman, singer and guitarist Abdallah Oumbadougou, who he met for the first time in the southern Algerian oasis city ‘Tamanrasset’. In 2006 the two men were members of the group Desert Rebel. CD. Akal by the group Atri N’Assouf. Label: Atri Music (2009). Video 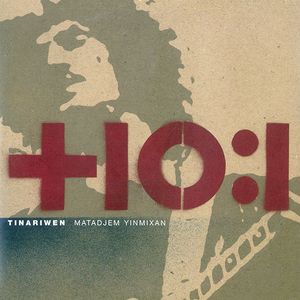 Tinariwen.
Tinariwen is a group Tuareg musicians from Mali. Chased away from their nomadic existence they sing about oppression, political awareness, and freedom. The band plays hypnotizing music with traditional African and electric western instruments.
A live performance of Tinariwen is planned on July 13, 2016 at Paradiso Amsterdam.
CD. Matadjem Yinmixan by the group Tinariwen. Label: Independiente (2006). Video 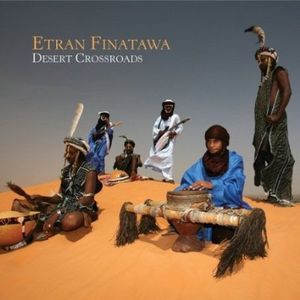 Etran Finatawa.
The band Etran Finatawa from Niger consists not only of Tuaregs, but also members of the Wodaabe. All the tracks on the CD fit well together, without loss of identity and with collective impact. This is all the more striking, because the musical traditions, culture, history and language of Tuaregs and Wodaabes differ very much from each other.  CD. Desert Crossroads by Etran Finatawa. Label: Riverboat Records/World Music Network (2008), code: TUGCD1048. Video 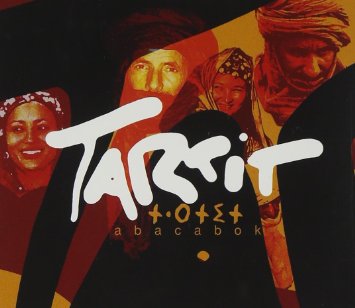 Tartit.
The members of the band Tartit are from the north east desert of Mali. It is an ensemble dominated by women. Many of the songs are build around the hypnotic voice of Fadimata Walet Oumar and her four female companions, who sit down to sing and accompany themselves on drums, while the other male members play guitar, desert lutes, or a one string violin. Just like many Tuareg musicians they also started in refugee camps during the Tuareg Rebellion in the 1990s. CD. Abacabok by Tartit. Label: Crammed Discs (2006), code: Craw 34-P – 876623001522. Video 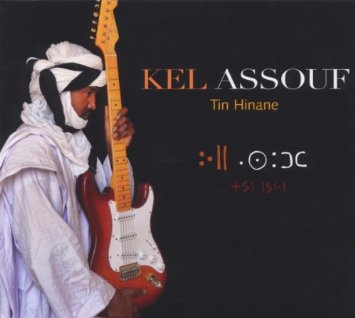 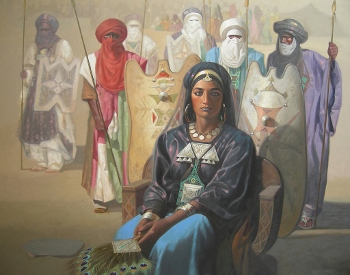 Kel Assouf.                                    Tin Hinane.
The band Kel Assouf, based in Brussels, and his leader, singer and guitarist Anana Harouna, has released its first album in 2010 under the name of:
Tin Hinane (name of an ancient queen that unites Tuareg Berber peoples). The band consists of musicians from Mauritania, Ghana, France, Togo, Mali, Niger and Algeria. With 12 original compositions Tin Hinane is an ode to the affluence of the mixture of races. CD. Tin Hinane by Kel Assouf. Label: Igloo Records (2010), code: IGL.223. Video 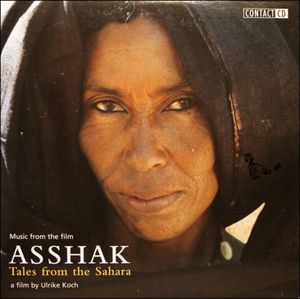 Tales from Africa, the score of the film Ässhäk by Ulrike Koch.
It tells the story about the lives of the Tuaregs that abide the asshak, some sort of moral code. It means dignity and respect for all living creatures. Poetry and music are of vital importance: by playing the imzad, a one string instrument, the women recollect the values of their people, such as courage, patience and empathy. CD. Tales from Africa music from the film Ässhäk. Label: Catpics-Zurich / Pegasos-Keulen / Artcam-Arnhem (2005). Trailer of the film 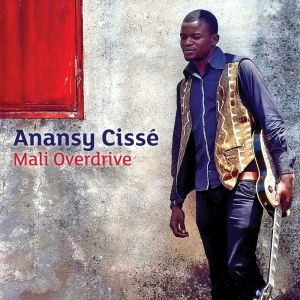 Malian singer, guitarist, composer Anansy Cissé comes from the city of Dire on the river Niger in west Mali, 80 kilometres east of the city Timbuktu. With Mali Overdrive he offers of fresh view on West African blues. His playing is simple but effective. And is influenced by traditional ‘Fulani’ and ‘Songhai’ music, but also by classica land psychedelic rock bands. CD. Mali Overdrive by Anancy Cissé. Label: Riverboat Records / Music&Words (2014), code: TUGCD1079. Video