The fall of the shah in 1979 signified the start of the Islamic revolution in Iran. This involved great consequences for things such as the art of music. Requiems and military marches became the most important form, music schools and orchestras were discontinued and it was no longer allowed to play music by Beethoven, Mozart and others.
For singer Marzièh, celebrated interpreter of the classical Persian repertoire, this meant she was forbidden to sing in public any longer. Fifteen years after her forced resignation, she decided to opt for exile and left for the West to perform Traditional Persian music there.
1. Singer Marzièh
A recording together with the Ensemble Saama. A song titled: Botechine.
Cd. Ethnic, code: B 6825 – 08’27.
2. Two pieces by Kayhan Kalhor op de kemenche & Ali Bahrami Fard on the santur.
Cd. World Village, code: 468100 – 12’51. 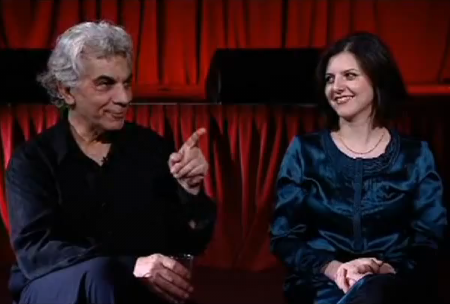