Perestroika #41. Today, our series with works centered around renovation (perestroika) and collapse (‘destroyka’) of communism in Eastern Europe, is in Russia for the fourth time.

We begin with the Small requiem by Aleksandr Vóestin (picture on the left). You can hear soprano Jelena Vasiljeva and the Quatour sine Nomine.
In 1997, Jelena Firsova composed her ‘Flow of time’ in memory of Edison Denisov to a text of a final short poem by Gavriil Derzjávin (1743-1816): Time’s river in its stream/ Bears all human deeds away,/ And in an abyss of oblivion/ Drowns all nations, kingdoms and kings./ And should aught survive/ In sounds of lyre or of trumpet/ That too will be swallowed by the maw of Eternity/ And will not escape the common Fate. (6 July 1816).

Michail Bronner (right side of the picture) was born in 1952 in Moscow, where he was Tichon Chrennikov’s composing pupil. He gained international fame mainly because of performances in Germany in 1994, including his monumental ‘Jewish requiem’ to texts by Chaim Bjalik, Maimonides, Anne Frank, the Song of Songs and psalms. Violinist Levon Ambartsóemjan (left side of the picture), a pupil in Moscow of Leonid Kogan and others, performs with the ARCO Kamerorkest Bronners violin concert from the year 2000, called ‘Heavenly Gate’. 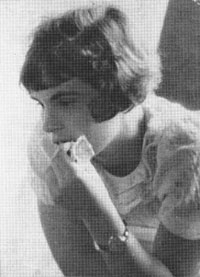